Making SOTI stronger from the inside out

Work ethic, adaptability, perseverance, commitment to a greater cause: These are just a few of the invaluable life lessons our veteran team members attribute to their years of military service. As we observe this Veterans Day, we extend our gratitude to these five Sierra-Olympic team members, not only for their service and sacrifices of the past, but for their contributions of the present. Their strengths, skills and life experiences help make Sierra-Olympic a stronger, more resilient, more adaptable organization, from the inside out. On behalf of the entire Sierra-Olympic team, to ours and all veterans out there, thank you for your service.

A Q&A with our six veterans

What drew you to military service? Joining the Air Force out of high school felt like my calling and I needed a break from school. I had a love for flight at a young age and took control of an airplane for the first time at 12 years old. I have a knack for exploring was blessed with my first assignment being Okinawa, Japan. What did you learn that you might not have learned anywhere else? My military service taught me to move forward. No matter what background a group of people have, if you work together, push to reach the same goal, with perseverance anything is possible. Without my time overseas, I would have never learned that getting shot at while hitting golf balls was even a possibility. We are fortunate to live in this prosperous and relatively safe country.

A Q&A with our five veterans

What drew you to military service? As for joining the military, it was mostly a means of getting the hell out of Dayton, Ohio. Compared to my other options the Navy seemed like a good way to get credit for the couple years of college I had under my belt and earn a way to finish it. What did you learn that you might not have learned anywhere else? How to work with pretty much anybody, for starters. When you're stuck in an underwater tube with people you simply have to learn how to work things out. From the nuclear power program specifically, I'd say that I learned foremost how to learn, to listen to everyone because you definitely don't know everything, and to always question my assumptions.

What drew you to military service? Growing up in a small town with limited means, I was drawn to military service for the post military education fund opportunities and the ability to travel the world and see places I would have never otherwise been able to afford to see. What did you learn that you might not have learned anywhere else? What I learned and have taken with me after 20 years of Navy service is challenging to sum up as there are so many things, but if I had to pick a few I would say the military gave me a resounding work ethic, perseverance, and the ability to flex and adapt to any situation.

What drew you to military service? I was drawn to service by the opportunity for professional training, travel, and educational benefits. What did you learn that you might not have learned anywhere else? I learned that no matter what, just endure, you can get through anything.

What drew you to military service? I felt drawn to military service as a way to help pay for my college education, but also I looked at the military as a way to challenge to myself, both managing the level of discipline and the training that it required. Having enlisted just prior to 9/11, the reality of a military deployment really solidified the call to serve a greater good in the months after that event. What did you learn that you might not have learned anywhere else? While I had experience working as part of a team, and committing to personal suffering in service to a higher goal, I had never been in a setting where what is at risk is so fundamental - the lives of myself and my fellow soldiers. The bonds that were formed from that experience are unlike any others. 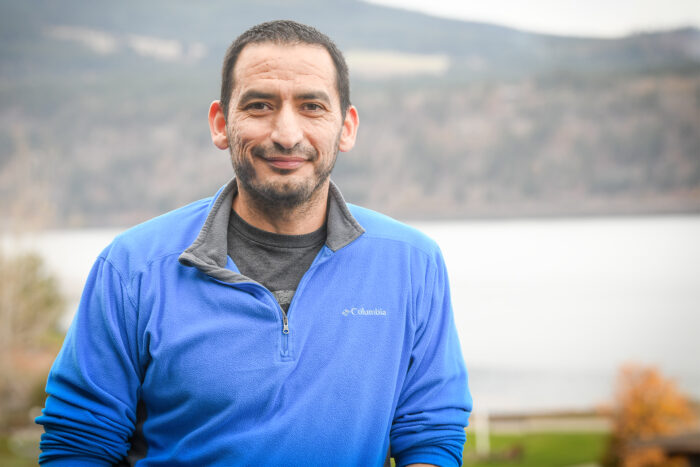 What drew you to military service? My service was driven by my desire to learn new skills, specifically to pursue a career in Information Technology. I also wanted challenge myself: mental and physical challenges, improve, test, and push past my limits. The military provided educational assistance with my technical certifications and IT training. I wanted to travel and experience other countries and the military made me earn it. What did you learn that you might not have learned anywhere else? The military taught me how to be reliable, consistent and to be thorough about planning. The military leadership does a great job of instilling strong values, selfless service, and loyalty.

"On behalf of the entire Sierra-Olympic team, to ours and all veterans out there, thank you for your service."