Mid-wave infrared (MWIR) cameras are utilized by the oil and gas industry to detect and visualize emissions of hydrocarbon gases such as methane, propane and butane. Also known as “mid IR,” “mid wave IR,” or “mid wave IR” cameras, these specialized instruments are optimized to capture images below the red end of the visible color spectrum at the peak absorption wavelengths of the gases, which are often odorless and invisible to the naked eye.

First and foremost, using MWIR cameras to detect emissions helps guarantee the safety of oil and gas workers. Because it can identify leaks and leaky equipment quickly, infrared pipeline leak detection allows for increased operational efficiency — and, by extension, increased profitability. MWIR-based hydrocarbon detectors also have environmental benefits, enabling gas and oil firms to reduce the detrimental effects of gas emissions on the atmosphere, thereby lessening the likelihood of fines imposed by the EPA or other environmental agencies.

Hand-held MWIR cameras are able to detect leaks within 1 to 25 meters (~3 to 82 feet), with a standard 25mm fixed-focal-length optic, and up to several dozen meters (~80 feet) with the use of telephoto lenses. When a larger inspection area is required, fixed-mounted MWIR cameras on motorized pan and tilt positioners can provide continuous monitoring in 360° for large radius coverage. If operators need to image transmission and distribution systems such as remote pipelines, MWIR cameras mounted on aerial platforms such as fixed-wing aircraft and/or helicopters can remotely detect leaks at up to 500 meters (1640 feet) line-of-sight with the appropriate lens.

Unlike CCD or CMOS imagers that image light in visible wavelengths, sensors used in MWIR cameras detect infrared radiation emitted by objects in the 3-5μm spectral range. Traditionally, these photon-sensitive focal plane array (FPA) detectors have been manufactured from indium gallium arsenide (InGaAs), lead selenide (PbSe), mercury cadmium telluride (MCT), and indium antimonide (InSb). InSb-based midwave-infrared imagers are the most common types of detectors used in optical gas imaging cameras due to their superior price/performance ratio. However, a typical InSb MWIR FPA detector has a major disadvantage: it must be cooled to liquid nitrogen temperatures (down to 77K) to become photoconductive and suppress the noise that would otherwise deteriorate performance. Therefore, the focal plane arrays of such detectors have to be integrated into cryogenic coolers – leading to increases in size, mass, power consumption and cost.

SWAP this for that

Reducing the size, weight and power (SWaP) of MWIR cameras for optical gas imaging has been a top priority for us at Sierra-Olympic. Not only is our current generation of sensors SWAP optimized, but it can also operate at higher temperatures than older, InSb-based designs, increasing mean time to failure (MTTF). More specifically, the proprietary XBn Hot Midwave IR detector – based on bulk InAsSb technology – has an operating temperature of approximately 150K. This leads to a corresponding reduction in the SWaP of the cooler assembly – meaning that it consumes less electrical power and takes less time to cool down.

The XBn Hot Midwave IR detector is housed in a vacuum-sealed vessel known as a “dewar.” The dewar is then incorporated into an integrated detector/cooler assembly (IDCA) which is comprised of an optical window, a cold shield and a cold filter. The focal plane of the detector is attached to an electrical split-Stirling cooler to enable heat to be conducted away. Reducing the weight of the camera was possible because the split-Sterling linear cooler is lighter than its cryogenic counterpart – all while providing a smaller footprint and longer life. The Sterling cooler lowers the temperature of both the FPA detector – protecting the IR detector from thermal background stray radiation – and the spectral cold filter mounted in front of the detector which limits the radiation reaching the FPA.

In the Ventus OGI camera, a cold shield was used to protect the detector from unwanted heating by IR or thermal radiation reflected within the dewar. The f/1.5 cold shield allows the maximum amount of IR energy from a scene to enter through the lens before impinging on the detector. Lenses for infrared cameras with cooled detectors must be compatible with the internal optical design of the cold housing in which the IR detector array is located. To focus the energy onto the detector and to match the aperture of the cold shield, an f/1.5 lens with manual focus was developed using specialized optical coatings that restrict IR energy to a wavelength range optimized for the narrow band-pass cold filter. Marrying the characteristics of the lens and filter enables the camera to detect gas plumes more effectively.

The XBn Hot Midwave IR detector in the Ventus OGI camera can operate at higher temperatures than comparable InSb-based designs with no compromise in sensitivity, integration time, pixel resolution, or speed of digital data output.

Typically, the sensitivity of an MWIR camera is defined as the ratio of the temporal noise to the responsivity. Known as the noise equivalent temperature difference (NETD), this measurement, which is expressed in millikelvin (mK), represents the minimum temperature difference that a camera can resolve. The sensitivity of Sierra-Olympic’s optical gas imager is less than 30mK, a figure which is comparable to that found in both InSb and MCT-based designs. To achieve a good NETD, the MWIR detector used in the Ventus OGI camera requires an integration time between 1ms and 1s. While faster integration times are considered an important characteristic when capturing images at high speed, the integration time of the new camera does not represent a technical limitation in the optical gas imaging marketplace.

The spatial resolution of MWIR cameras – which refers to the size of the smallest possible feature that they can detect – is determined by the pixel pitch of the imager. The 640 x 512 pixel XBn focal plane array used in Ventus OGI features a 15-micron pixel pitch, but sensor manufacturers are currently developing devices with a lower, 10μm XBn pixel pitch. Such devices are also designed to operate at 150K, with performance similar to that achieved by a 15μm pixel pitch design.

To support various applications, the 30 frames-per-second (fps) Ventus OGI is available with a number of different output options. Interfaces to the camera currently include a 14-bit CameraLink interface, NTSC or PAL analog video, and an RS-422 serial interface for camera control.A custom option is available to provide users with an H.264-encoded IP stream or GigE Vision interface that delivers both video and camera control.

In certain instances, there may be only a slight temperature difference between a target and the background image. Generally, it is preferable to have a 5° C temperature difference between a gas plume and the background. When this is not the case, dynamic contrast enhancement and noise reduction tools can help the user better visualize the plume. Automatic Gain Control (AGC) can adjust the brightness and contrast on localized areas of the image based on the distribution of thermal intensities. The contrast of the foreground and background images can be adjusted independently. In the case mentioned above, the foreground boost could increase the contrast of the gas plume, while the background boost could reveal more details of the equipment and surrounding area.

Most gas imaging cameras use monochrome or greyscale palettes to visualize the images that are captured. Figure 2 shows a frame capture of a gas leak from a mid-wave infrared OGI camera; hot areas in the image are highlighted in white, while cool areas are displayed in black. However, several other visualization options are available when using Ventus OGI. Users can invert the polarity of the monochrome image where black becomes hot and white becomes cool. Alternatively, they can choose from a range of rainbow, ironbow, or sepia palettes, all of which assign different colors to different infrared intensities.

Ventus OGI is an EPA 0000a certified camera that weighs in at a mere 580 grams (including a lens) and is sized at just 146.6 x 70.9 x 73.1mm. That means that Ventus OGI is half the size – and significantly lighter – than competitor MWIR cameras. In fact, Ventus OGI is the smallest, lightest and most efficiently-powered OGI camera available.

Well-suited for use on multi-rotor or fixed-wing unmanned aerial vehicles (UAVs), Ventus OGI camera can be used to survey difficult-to-access areas in gas processing plants. Because Ventus OGI-equipped UAVs can fly over and around stacks and pipe racks, there is no longer a need for personnel to carry out manual inspection tasks, leading to greater efficiency and lower operations management costs.

Aerial surveillance is also an excellent way to perform checks on long sections of pipeline (Figure 3). Traditionally, such checks have been performed by manned helicopters that require both a pilot and a camera operator. With Ventus OGI, lengthy surveillance procedures can now be carried out by unmanned drones that perform more consistently and are less expensive to operate. 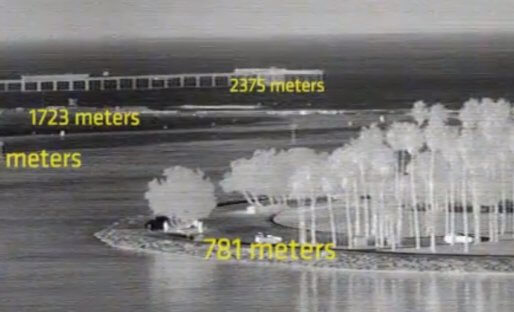 When one is in the market for a thermal imaging system, they will have plenty of manufacturers to talk to who will offer a wide variety of systems. It is prudent to study your application and try and define it as best you can 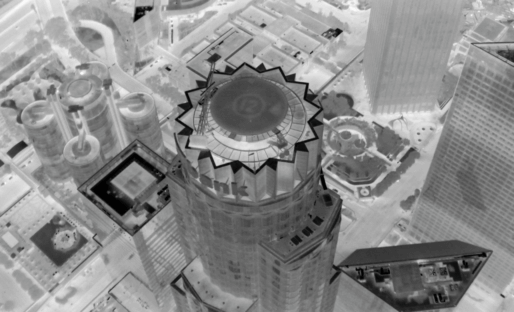 Airborne reconnaissance is a critical part of military strategy, and thermal infrared cameras offer a detailed overview of the battlefield even in complete darkness 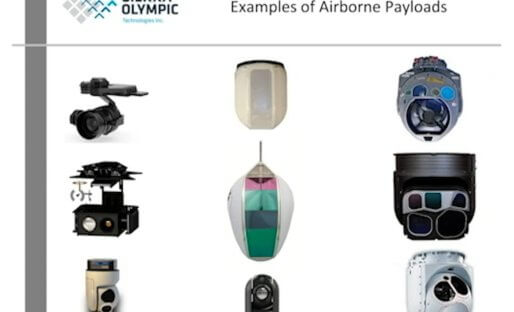 An in-depth tech talk about thermal imaging technology and many of the unique challenges involved in development of low SWaP systems for airborne applications.