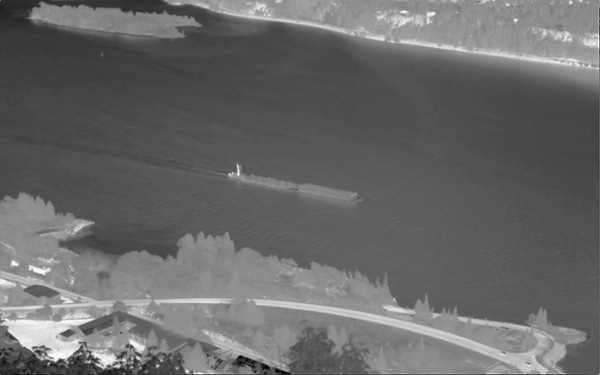 Airborne reconnaissance has been an essential part of military intelligence gathering since the First World War when aircrafts fitted with cameras took aerial photographs of enemy lines and activities. Since then, aerial surveillance has progressed rapidly in line with technological developments to include some of the most advanced cameras and sensors currently available.

Today airborne reconnaissance is critical for gathering battlefield intelligence and monitoring the movements of troops, vehicles, and weapons. Typically, aerial surveillance is conducted by unmanned aerial vehicles (UAV), and miniature UAVs (drones). More than 7000 drones with surveillance capabilities were deployed in Iraq and Afghanistan during wars in the early 21st century.

Most aerial surveillance relies on video streaming to transmit images back to tactical command centers. However, optical video surveillance comes with several drawbacks. While videos can provide detailed images, their small field of view doesn’t provide a large tactical overview.

To achieve wide area surveillance and visualize the bigger picture, reconnaissance aircrafts use pods that combine many sensors to provide a series of images that are ‘stitched together’ to cover an area up to 39 square miles with high enough resolution to track individual people.

To have the upper hand in modern warfare, the military requires technology that can provide unblinking intelligence data from an entire conflict zone, day and night, in all weather conditions. Although optical cameras can now provide wide area surveillance, their images can be easily disturbed by darkness, smoke, fog, rain, and snow. The latest airborne reconnaissance aircrafts now combine optical video surveillance and passive thermal infrared camera arrays to provide a constant overview of the battlefield that is unaffected by weather and darkness.

Passive thermal imaging cameras, also known as Forward-looking infrared (FLIR) cameras, detect infrared radiation directly from objects such as people or vehicles, so no external illumination is required. The images produced correspond to thermal gradients in a scene, revealing people and objects from miles away, even in complete darkness and challenging conditions. What’s more, thermal infrared cameras can visualize objects and situations that may not be visible to the human eye, including gases and obscured objects.

Uncooled LWIR cameras are smaller, lighter, and significantly cheaper than cooled MWIR or LWIR cameras, making them ideal for use in airborne reconnaissance using drones.

Imaging technologies in all applications are constantly pushing the resolution boundaries. The latest development in airborne surveillance is the commercialization of HD thermal imaging cameras. 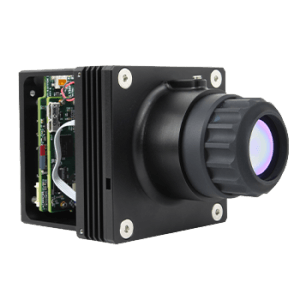 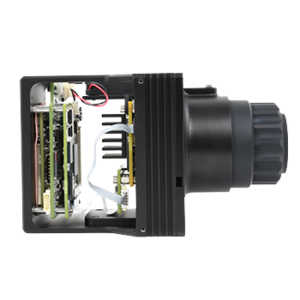 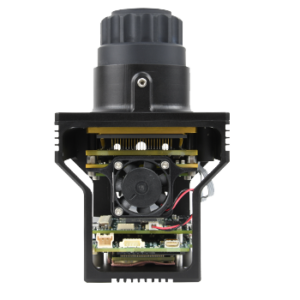 Recognizing the need for thermal infrared cameras with increased definition, Sierra-Olympic has developed the Vayu HD. Providing unmatched image resolution, sensitivity, and quality in a stand-alone commercial camera, the Vayu HD is the only true HD (1080p), uncooled LWIR camera on the market today.  The Vayu HD features a vanadium oxide microbolometer (VOx) sensor with a capacity of over 2.3 million pixels on a 12-micron pixel pitch. The IP67-rated sealed design and a hard-carbon coated lens make the Vayu HD durable and ideal for outdoor use, while its integrated image enhancement functions, including electronic image stabilization, help to compensate for any in-flight turbulence and produce the best quality thermal images possible. As the most advanced commercially available LWIR camera ever produced, the Vayu HD is uniquely suited to airborne reconnaissance applications.

The effectiveness of airborne search and rescue, navigation, and situational awareness tasks is predicated on the availability of high-resolution imagery that provides pilots with a clear picture and the widest possible field of view.

Don't see what you're looking for? We're here to help. Get in touch.