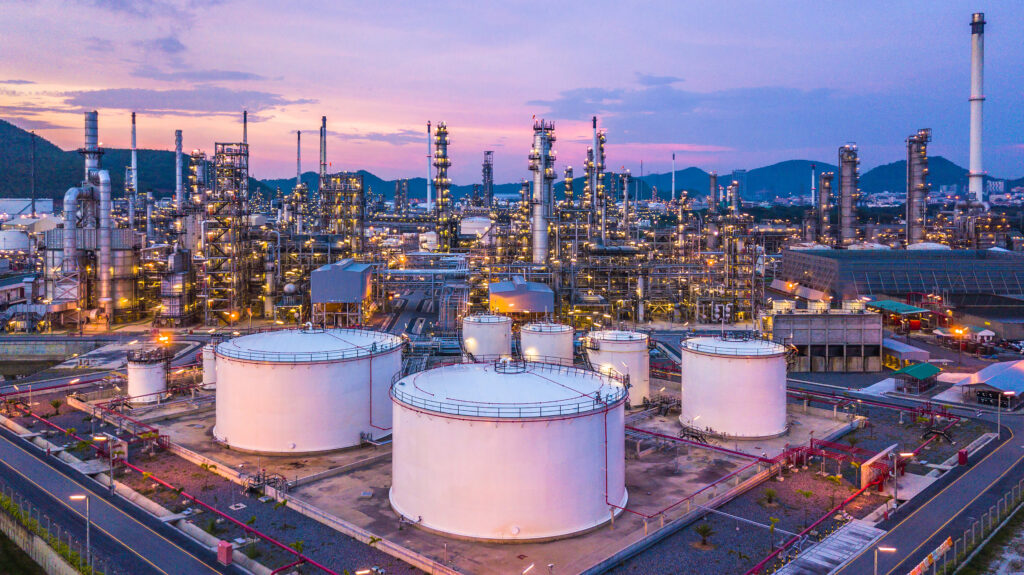 It’s a cloudless morning in central Texas. A steady breeze keeps temperatures tolerable as the sun climbs over the well pads, tank batteries, pump jacks, and flares that line the horizon.  The day is off to an exciting start for Jeff Leake, who is on-site at one of the largest oil fields in the United States to showcase a cutting-edge technology that has the attention of some of the most powerful companies in the world. Leake, the VP of Sales for Sierra-Olympic Technologies, Inc., has dedicated much of his career to a segment of the infrared industry known as optical gas imaging (OGI). He was present more than 20 years ago, when the first prototype mid-wave infrared camera successfully imaged propane leaking from a backyard barbeque tank sitting in a parking lot. Today’s demonstration is a bit more sophisticated, but the concept remains the same: seeing what’s invisible to the human eye. In this case, that’s methane leaking into the atmosphere from oil and gas infrastructure. “Fugitive emissions are major contributors to harmful greenhouse gasses. Curbing them is an immediate and extremely important opportunity to reduce the stress and impact we’re putting on the planet,” Leake says. “The stakes are high for us to get this technology integrated into the systems and workflows of as many companies and industry partners as we can, as quickly as we can.” Cutting down on gas leaks, which are significantly more damaging to the atmosphere than carbon dioxide, is not just good for the environment- it’s also very good for business. The U.S. oil and gas industry loses an estimated $2 billion a year of natural gas from leaks at dispersed sites, according to a study by the Environmental Defense Fund. That’s enough to fuel about 10 million homes for a year. If preserving our planet for ourselves and future generations isn’t reason enough, saving billions of dollars a year in lost product is certainly has a nice ring to it.

Historically, Leak Detection and Repair (LDAR) programs have relied on probes or sniffer devices to identify the presence of certain volatile organic compounds in the air. The trouble with that process is, it’s costly, time and resource intensive and often dangerous. It requires boots on the ground, physical proximity to hazardous environments and is ineffective at pinpointing point sources or inspecting large areas of infrastructure in a timely manner. With optical gas imaging, the ability to clearly visualize leaks means those problems, and many others, are quickly becoming things of past. At the refinery, Leake is ready to lend his expertise to a UAV integrator who has a DJI M300 drone outfitted with Sierra-Olympic’s Ventus OGI camera, for a demo with a prominent oil company. A group of engineers watch eagerly as the drone takes flight and sends a live feed from the camera to a ground station controller. As the drone buzzes from one piece of equipment to the next, the engineers are taken aback by what they see. 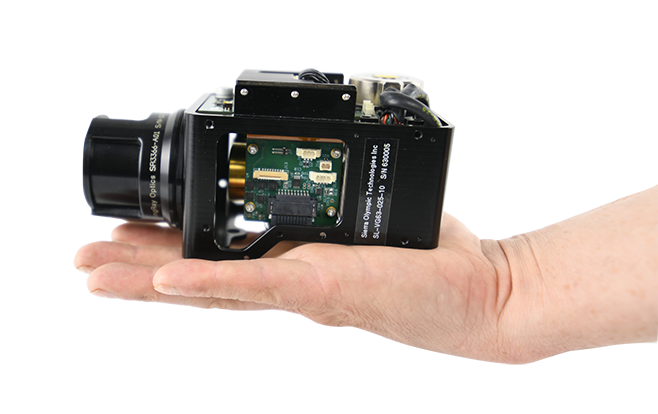 With a 640 x 512 resolution cooled mid-wave infrared sensor and a F/1.5, 25mm precision optic, the camera produces crisp, high-contrast, real-time, imagery, with stunning clarity. Gas leaks, even small ones, stand out as clear as day, appearing as a black (or colorized) cloud drifting into the air from a point of origin. The pilot scanned a patchwork of well pads over a couple square miles before landing back at the ground station for review. “We found more in half an hour than a team on the ground would have found in a week,” Leake commented, the engineers nodding in agreement.     For those who spend their careers trying to detect and pinpoint this “invisible” enemy, the ability clearly visualize leaks, estimate their magnitude and accurately pinpoint exactly where they’re coming from is a game-changer for the industry. “A few important factors have aligned in the last couple of years to bring us to this exciting time for gas leak detection,” Leake explained. “First, we have the evolution of specialized infrared cameras that are not only higher performance, higher resolution and more sensitive, but are smaller, lighter and requires less power to operate, which opens up a world of opportunity for aerial applications. Second, we have advancements in drone and unmanned systems technology, which continues to progress at an incredible rate. Third, we have integrators and developers who are designing sophisticated ways to tie everything together into fully-functioning, feature-rich platforms.” In its basic sense, an optical gas imaging camera is simply a specialized thermal imaging camera with a filter. In the case of Sierra-Olympic’s Ventus OGI, a narrow bandpass cold filter is added in front of a cooled mid-wave indium antimonide (InSb) detector. The filter restricts the wavelength it operates to the same narrow spectrum (3.2-3.42 µm) that 23 different hydrocarbon gasses absorb infrared energy in. The resulting image (when gasses are present) represents the gas cloud’s absorption of the infrared radiation coming from objects behind it, in relation to camera’s line of sight.

Understanding how the technology works is key to understanding why airborne OGI systems are much more effective overall than ground-based fixed or hand-held systems: The former is imaging down at a contrast-rich environment, the latter is imaging up at the cold uniformity of the sky. In the case of Sierra-Olympic’s Ventus OGI, the relative high-resolution VGA sensor makes it a fully capable thermal camera for a variety of other industry applications, such as locating hotspots on electrical and mechanical equipment, spill detection around tank wells, tank level observation, and around-the-clock security and surveillance. “This technology has some very powerful implications for the industry and is going to be game changer in a number of ways, especially when combined with the AI and video analytics that are being developed around it,” Leake said. Looking to the future of gas leak detection, the most exciting advancements are being made in aerial, unmanned and autonomous applications. “The ability to accurately quantify gas leaks from the air, optically, is definitely where the industry is headed,” Leake said. “It is being done with fixed-mounted systems, and to some extent handheld systems, but airborne, from a moving object, is still a little ways out.” Innovations in automation and AI have exciting implications for unmanned systems equipped with a range of sensors, including optical gas imaging infrared. The industry is also working toward systems that are class-rated, so they can operate in confined, restricted, and hazardous locations. Camera developments on the horizon include higher resolution sensors; 1280 x 1024 currently exists but has been cost-prohibitive thus far. That will likely change as systems become more sophisticated and require the highest resolution possible. Optical variations for OGI cameras are also on the horizon and will be of significant advantage for specialty applications. 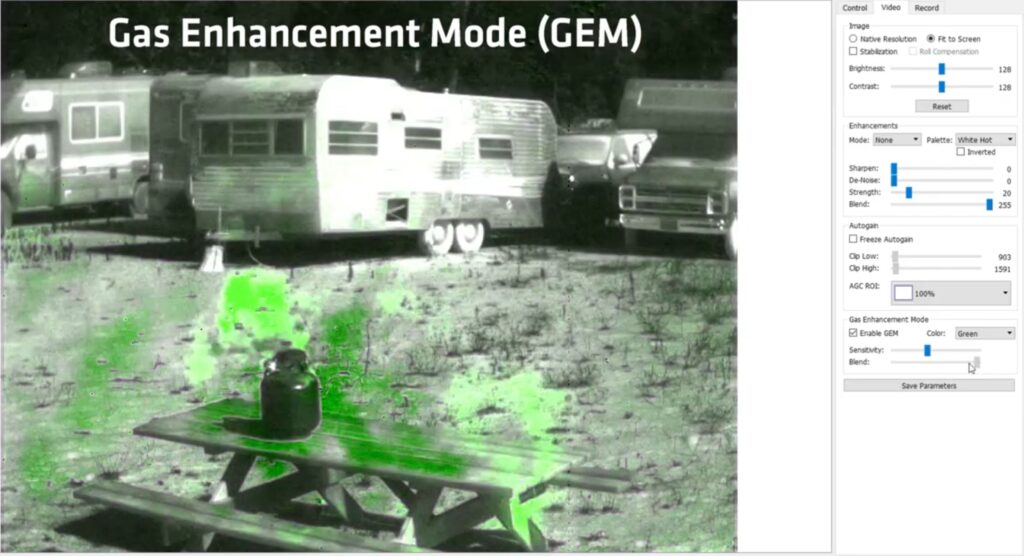 In the not-too-distant future, a facility may have a fleet of small, unmanned air and ground vehicles that will cover fixed routes, detect, identity and quantity leaks and other hazards, alert personnel of incidents, stream data for storage and processing, then complete its mission, return home, and charge itself, all autonomously. “At the end of the day, all this effort boils down to a few basic principles,” Leake said. “First and foremost, from an industry, regulatory and community standpoint, it’s about improving safety for everyone involved. Second, it’s about being good stewards of the environment- not just promoting it, but actually doing it. Third, it’s fiscally the right thing to do. The industry goes through all that effort to get the product into the pipe, the last thing you want to do is let it leak out. It’s literally like burning dollars into the atmosphere. Lastly, it’s about being efficient and effective. We know it’s the right thing to do, so the question then becomes, how do we find ways to continuously do it better.” 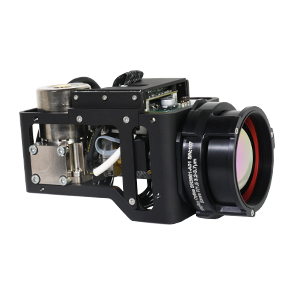 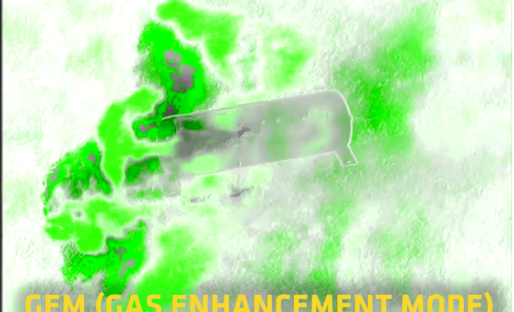 The design of the Ventus OGI camera represents a leap forward in the development of MWIR cameras, making it the smallest, lightest and efficiently-powered OGI camera available.